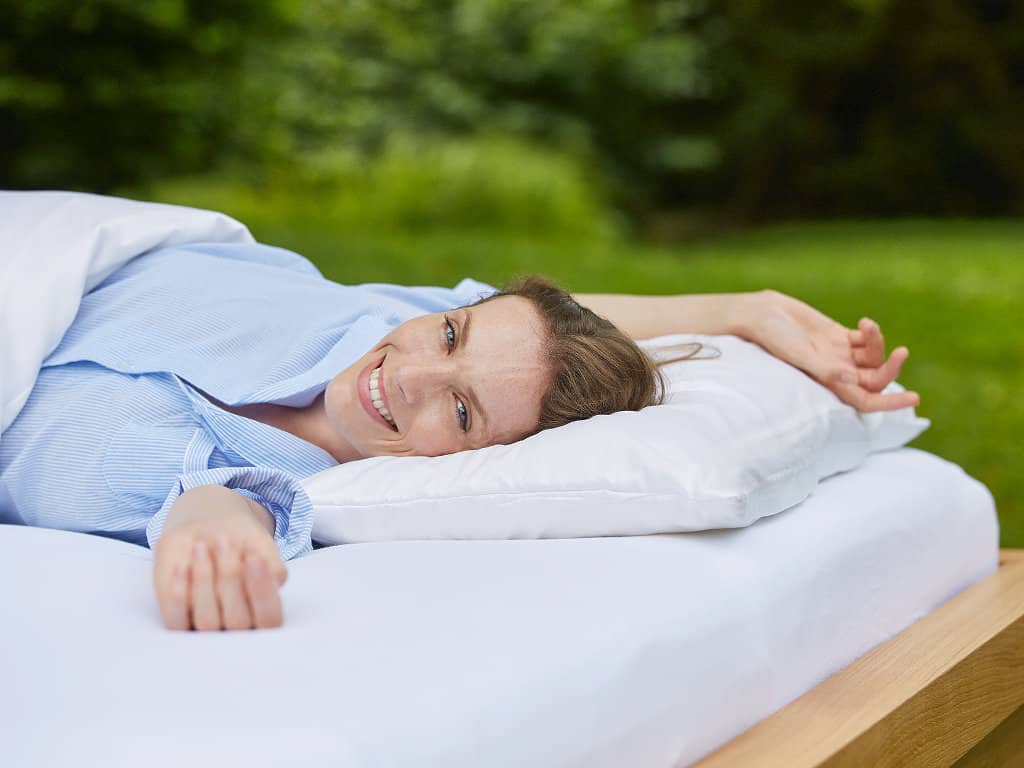 Melatonin is a neurotransmitter and is produced and released in the brain, more precisely in the pineal gland. The release in the circulation primarily takes place in the night and makes us tired. Out of this reason, it often is called the sleeping hormone or hormone of darkness. During daylight the production is about 10 times less than in the night. But not only daylight, artificial light, too, inhibits Melatonin.
Functions of melatonin.

At first, light stimuli are transported via photo sensors in the retina to the nucleus suprachiasmaticus (SCN) into the hypothalamus. Scientists assume that our “inner clock” is located there. Afterwards, the pineal gland is informed about the light status via different stations. Then, the pineal gland releases more or less melatonin, depending on the actual light situation.

The production of melatonin is age-dependent. About 12 weeks after birth the highest amount of melatonin is determined. Hereinafter it decreases over the years. The intensity of the decrease differs individually.

The amino-acid tryptophan is precursor of the happy hormone serotonin. And serotonin is the basis for melatonin. Therefore, tryptophan containing food is directly influencing our melatonin level – especially helpful in the darker time of the year, when we rarely catch enough sunlight for sufficient serotonin production. Eggs, cheese, milk, nuts, cashews, fish, soy and chicken are some examples of tryptophan-containing Food.

There are melatonin containing food supplements and drugs. According to the manufacturer’s instructions they are said to contribute to fat burning, have an anti-aging-effect and fight free radicals. Furthermore, they are said to have a positive effect when suffering under cancer and Alzheimer. But, not all of these statements are yet not scientifically proved. Also, they serve as tool when suffering under sleep disturbances, for example caused by jetlag or shift work. But, the effects of an ongoing supplementation as well as side effects or interactions with other medications are not yet sufficiently well known. Out of this reason always consult a doctor before an intake. An appropriate melatonin level is decisive for an efficient day-night-rhythm and for our inner clock. An intake of a melatonin preparation might have a negative influence on the important but sensitive System.

In case you are suffering under sleep disturbances find here some hints for a restful and healthy sleep.