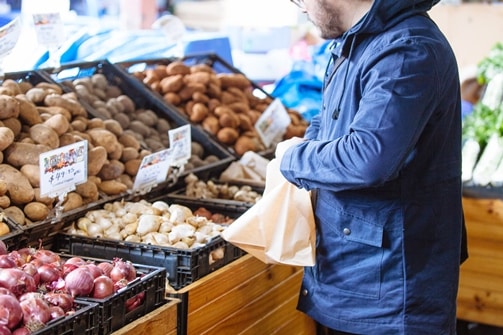 Many studies already proved that lack of sleep is unhealthy. Too less sleep not only causes constant tiredness and high blood pressure but in numerous cases is also reason for diabetes and infarctions. Lack of sleep also leads to ravenous appetite on fatty and sweet snacks. Now, a further study revealed why our self-control is influenced by lack of sleep.

Why does lack of sleep stimulate appetite?
Lack of sleep may increase the desire for unhealthy food. One tends to eat more and consequently there is a risk of becoming overweight. According to experts this is connected with the release of certain hormones. Too less sleep leads to a rise of the hormone ghrelin, responsible for increase of appetite. At the same time the leptin (responsible for feeling of satiety)-level decreases. Recently, scientists of the University of Chicago found out, that further factors influence the appetite connected with chronical lack of sleep. Namely appetite enhancing endocannabinoids, endogenous substances that are similar to cannabis.

So, a consequence of too few sleep is a rise of the appetite which increases risk for overweight and obesity. Scientist Eric C. Hanlon and his team of the University of Chicago proved in a study that when suffering under lack of sleep the body releases a drug-like substance that is responsible for a lack of self-control. For example, reduces endocannabinoid 2-anarchidonolyglcerol (2-AG) the pain perception and mobility and therewith has similar effects like cannabis.

The scientists examined the occurrence of this substance in the context of the study. Young and healthy adults participated in a sleep experiment, in which they were allowed to get enough sleep and to eat regularly during the first four nights. Here, their feelings of hunger and their appetite were observed as well as their level of 2-AG was measured. During the second phase of the study, the parameters were the same except the duration of sleep for one participating group. In the following four days the participants were only allowed to sleep 4.5 hours. The 2-AG level was tested again.

The result: in both situations, the 2-AG-concentration was lowest during sleep and increased during the day. The highest level was measured shortly before lunch and then decreased again. With the participants with few sleep, the level of 2-AG increased more intense and had its peak at 2 p.m. The level remained increased until the evening. Consequently, the participants had more appetite and were hungrier.

Further experiments proved this fact. After lunch, snacks were available for free. According to the scientists, the participants suffering under a lack of sleep had to struggle to resist their desire. They were consuming almost twice as much calories as the participants with enough sleep.